And so began the week of crazy.
Monday and Wednesday we were all relocated to Miss Beyland's classroom where we played games, because really, what else would we have done?
Tuesday was EOC, so nothing got done.
We get to do this again next week, too. Yay us ._.
In other news, the endofactor for the ball is finished, and it's bright yellow! It's being mounted onto the robot as I type right now. We still need to practice with it and code it and such, but progress! Next we apparently get to play tug-o-war. Ouch. 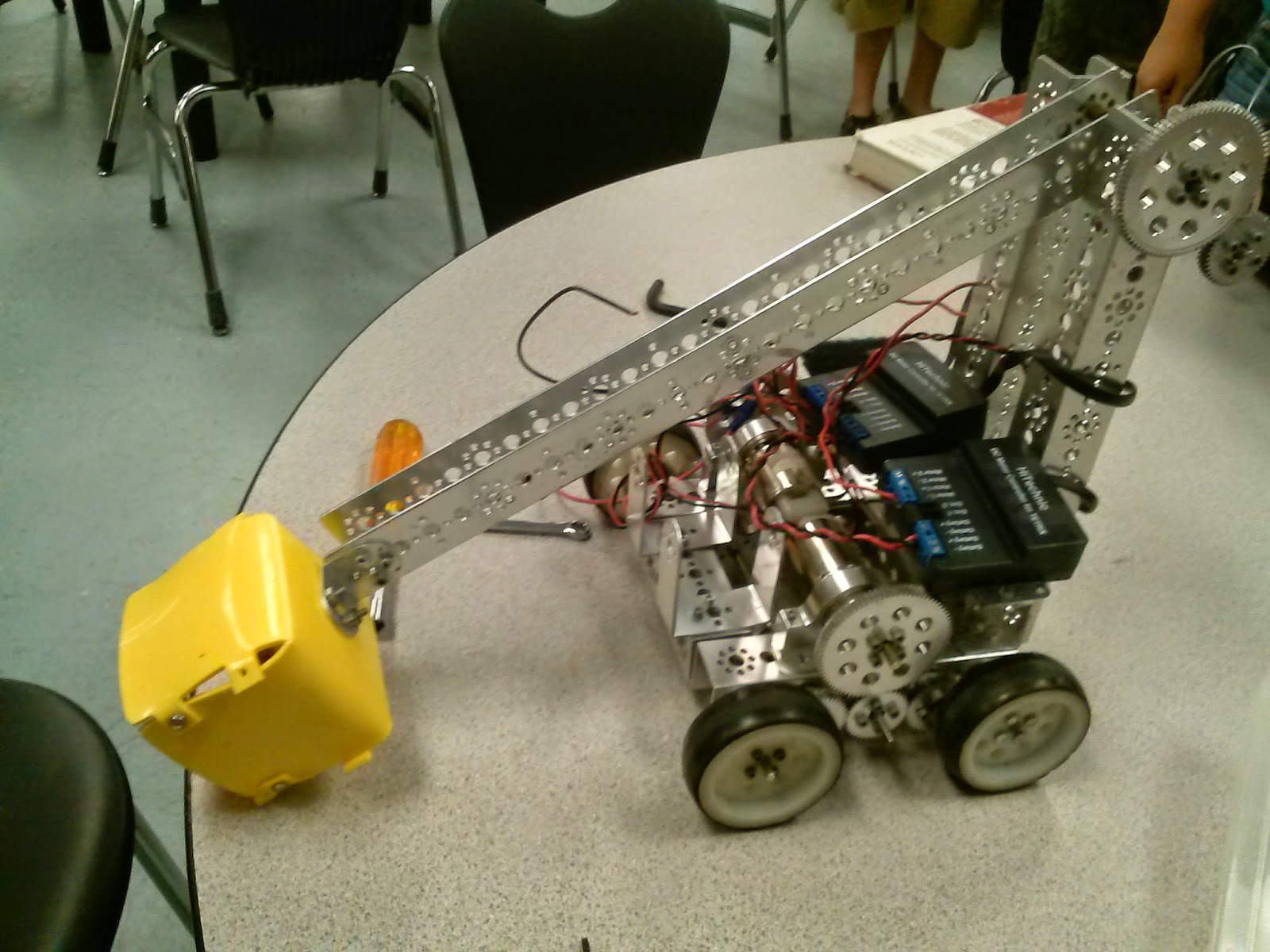 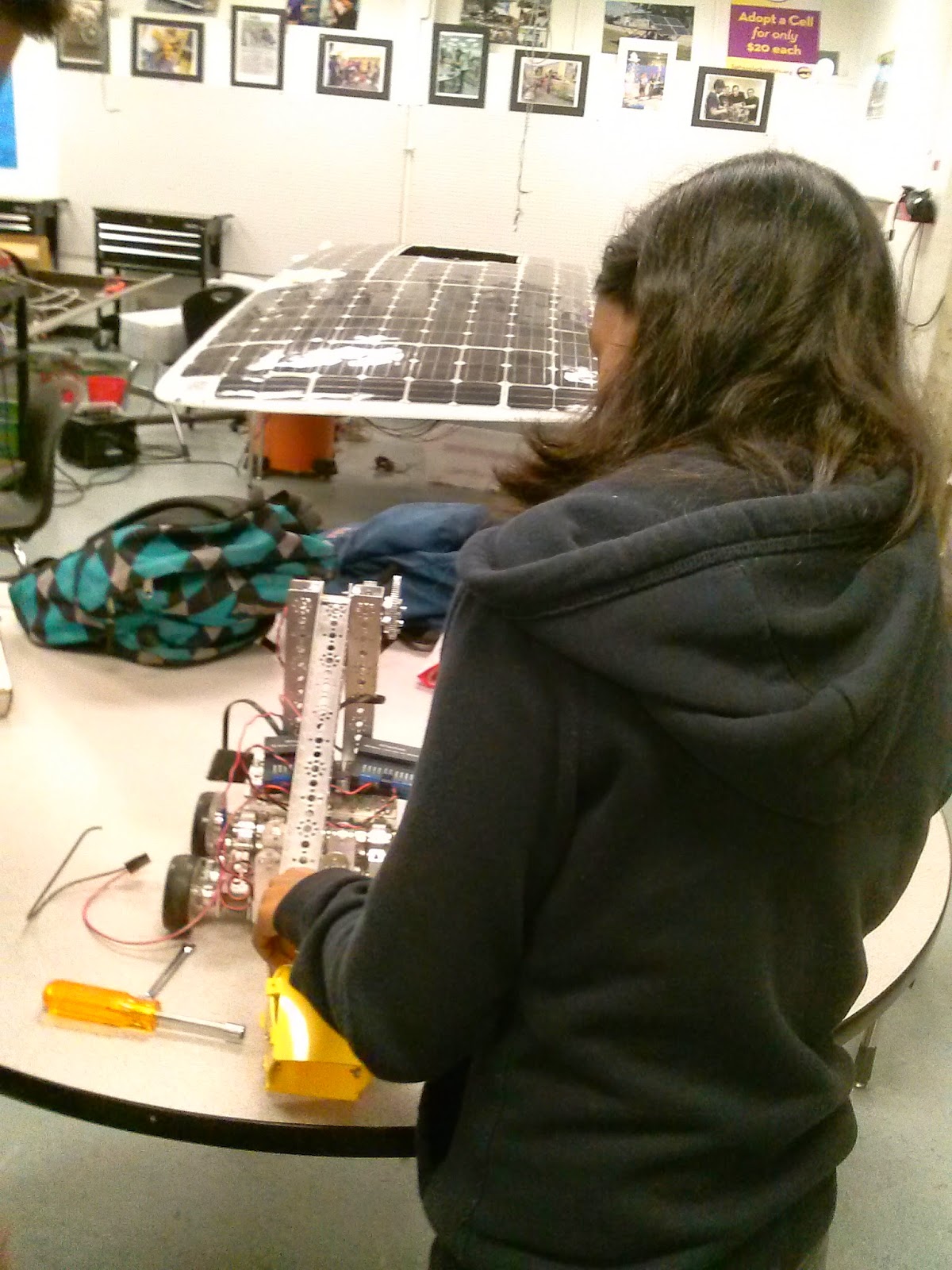